Difference and Average Measurements: Compensation Signal Conditioning for Resistive Sensors Rating:
4
29 out of 100 based on 415 user ratings

An additional advantage of a bridge, as compared with a voltage divider, is that it permits the measurement of the difference between quantities or its average. Furthermore it permits an increase in sensitivity by using several sensors and it comp...

An additional advantage of a bridge, as compared with a voltage divider, is that it permits the measurement of the difference between quantities or its average. Furthermore it permits an increase in sensitivity by using several sensors and it compensates for interference. consider, for example, the circuit in Figure 3.25. The presence of two sensors in adjacent arms permits the measurement of the difference between the sensed parameters because the output voltage is

For temperature sensors this method makes it possible to measure temperature differences. The circuit is useful for the calculation of thermal gradients or heat loss in pipes, or to detect freezing temperatures in agriculture. A comparison with equation (3.32) shows that the same compromise between sensitivity and linearity holds here, which influences the choice of the value for k. Example: A differential thermometer able to measure temperature differences from 0'C to 750"C in the range from 50"C to 800'C with an error smaller than 5"C is needed to measure the heat insulation capability of several materials. The sensors available are platinum probes having 100 O at OoC, temperature coefficient 0.4Vol"C, and thermal dissipation constant 6 of I mW/K. Design a dc bridge supplied by a constant voltage, able toperform the desired measurements, and whose output voltage is measured by an ideal voltmeter. What is the sensitivity for the bridge designed?

The ideal sensitivity is the quotient between output voltage Vo and tem- perature difference Tz - Tr if the output were linear,

The absolute nonlinearity error referred to the input (temperature difference) is

Therefore the error increases with the temperature difference. The worst case is thus when 7r : 50'C and T2 : 800"C. We avoid exceeding the prescribed 5'C limit, and assume that the self-heating error is negligible, then we have

The solutions are t : 506 and k : - 1 16. Obviously the negative solution is not valid. The values for the bridge resistors are then Rr : Rz : 50.6 kO. The supply voltage must be low enough to yield a very low power dissipa- tion in the probes. Because the measurement is differential, there will be a self-heating error whenever each probe dissipates a different amount of power. The absolute error, in temperature, is given by

If we want this error to be, for example, only 0.05'C, we can use this equation to deduce that the supply voltage must be less than 20.7 V. Then the sensitivity would be 163 p.Y l"C.If a lower voltage were chosen for the supply voltage, this error would decrease, and by increasing k a little, it would be possible to keep the total absoltite error lower than the intended 5"C limit.

FIGURE 3.26 Use of two active strain gages, one longitudinal and the other one transverse, and its arrangement in a measurement bridge.

The arrangement of several strain gages in the same bridge also offers many advantages. If, for example, two strain gages are bonded to an element
as shown in Figure 3.26a, and are connected in a-bridge as in Figure 3.26b, the output voltage is

where we note that the sensitivity has increased by a factor of I + z with respect to the case where a single gage is used. If use is made of two strain gages undergoing strains of the same magni- tude but opposite in sign, when connected as shown in Figure 3.27 the output voltage is

In this case not only is the output larger than for one gage, but it is linear.

FIGURE 3.27 Arrangement in a measurement undergoing opposite variations.

The circuit shown in Figure 3.28a corresponds to the cantilever beam in Figure 3.28b where two equal dual rosettes (closely spaced gage combinations) have been bondedon each side. The output voltage is 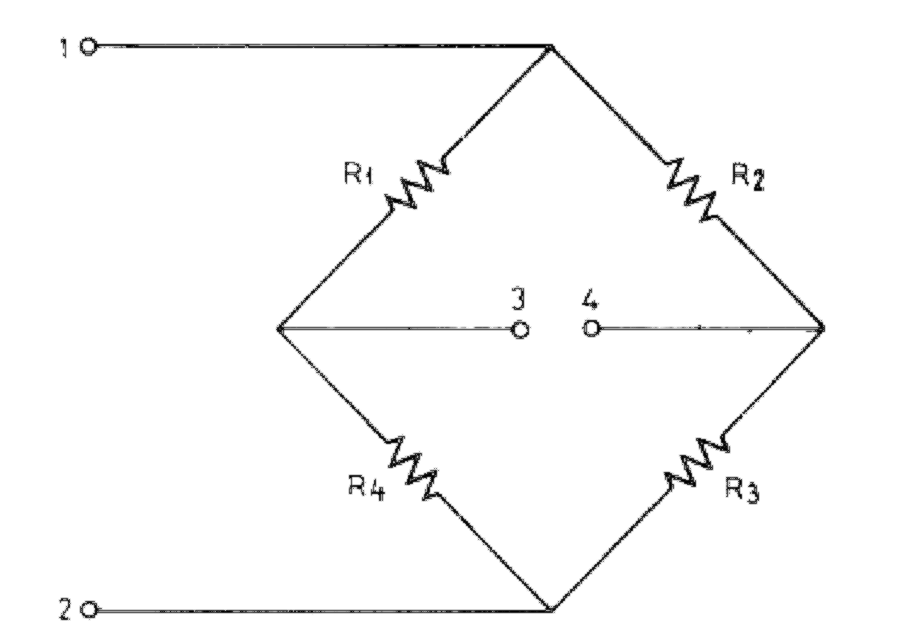 FIGURE E3.3 Resistor and terminal labeling for a load cell.

Example: Figure E3.3 shows a strain-gage-based load cell which seems to have been damaged. It is not possible to obtain a zero output under no load conditions. To find a possible explanation, the voltage supply leads (1 and2) and amplifier leads (3 and 4) are disconnected. Th€n several measurements between leads are carried out that yield the following results: between I and 2, 127 O; between I and 3, 92 O; between 1 and 4,92 A; between 2 and 3, 92 O; between 2 and 4,106 O; between 3 and 4, 127 O. All the measurements are performed with open connections for the nonmeasured lead pair. Deter- mine which is the bad gage and give a possible explanation for its damage. Using the terminology in Figure E3.3, the measurements carried out are of the following resistance combinations.

From the first and sixth results we deduce Rz: Rt. From the second and third, R1 : Rz. The fourth confirms that R1 : Rq. The fifth indicates that R3 is different. The problem reduces thus to flnd two resistances, R and R3, for which two equations are enough

By solving these equations, we obtain R : 120 O and R: : 150 O. This large value for R3 and the inability of nulling the zero may be due to an overload of R3 and a nonreversible (permanent) deformation.

Strain gages are temperature sensitive, and a bridge minimizes this prob- lem. If a single strain gage is used that undergoes a relative change y because of a temperature change in addition to a relative change x due to the stress to be measured, all that is necessary in order to compensate for the tempera- ture-induced changes is to use an additional similar dummy gage (not sub- jected to stress) and arrange them as shown in Figure 3.29. When multiple gages are used, thermal compensation exists, so we do not require the dummy gage.

Because of resistor tolerance, when we construct a Wheatstone bridge, we do not usually obtain the balance condition given by (3.30). To obtain the balance condition, we can use the circuit shown in Figure 3.30. The last application for Wheatstone bridges is the measurement of aver- age values, as shown in Figure 3.31. We assume that the three sensors (a large number could be used) are all equal but measure different values of the same quantity, such as temperature. The output voltage is then

That.is, the output voltage is proportional to the average value if k + 1 is large enough.

FIGURE 3.29 Temperature compensation in a strain gage bridge by using a dummy gage.

FIGURE 3.30 Circuit for the initial balancing of a resistance sensor bridge.

A car is not only engine, but also frame or chassis and electrical. Although, not main component but car engine need another component to works it needs electrical system to make combustion. For ex...

What is Shield Grounding

Interference Types and Reduction points out that the shield of a conductor is effective only when it is connected to a constant voltage. When shielding ampliflers, the shield must be connected to t...

What is signal grounding

How to make MOSFET as a Switch

Cause a lot of user asked about mosfet today i want to a little bit talk about mosfet may this explanation help you to understand about mosfet? The MOSFET (Metal Oxide Semiconductor Field Effect Tr...

To obtain an output signal from a Wheatstone bridge as a result of the change in one or more sensors placed in its arms, we must supply the bridge with electric excitation. Whether voltage or curre...

How to use a Multimeter to measure DC Voltage & Resistance

A multimeter is a measuring instrument that anyone involved in electronics will need to use at some stage. A multimeter can be used to measure voltage, current, resistance, continuity and other par...