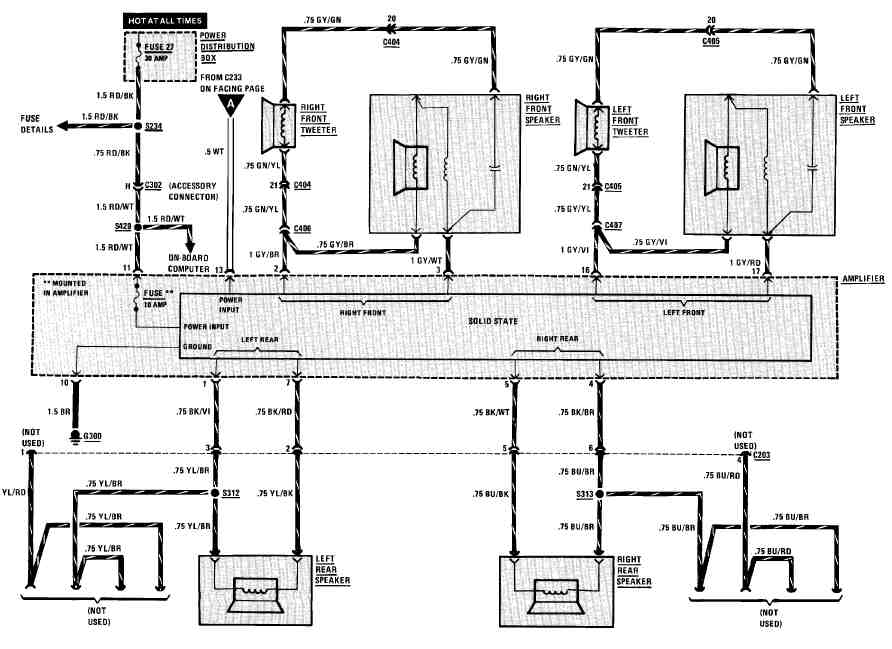 How to use this manual? The purpose of this manual is to show electrical schematics in a manner that makes electrical components which work together are shown togather on one shcematic. The wiper-washer echematic, for example.
shows all of al...

How to use this manual? The purpose of this manual is to show electrical schematics in a manner that makes electrical components which work together are shown togather on one shcematic. The wiper-washer echematic, for example.
shows all of all the electrical components in one diagram. At the top of the page is the fuse (positive) that power the circuit. The flow of current is shown through all wires, connectors, switches, and motors to ground (negative).
Within the schematic. all switches and sensors are shown at rest as though the ignition switch were off. For identification component names are underlined and placed next to or above each component.Notes are included. describing how switches and other components work.

The Ground Distribution schematics show how several circuits are connected to common grounds.
All wiring between components id shown exactly as it exists in the vehicle:however, the wiring is not drawn to scale. to aid in understanding electrical operation, wiring inside complicated components has beeen simplified. the Solid State label designates electronic components.

Schematic troubleshooting in 1991 BMW 325i Convertible:

1.Verify the problem: operate the problem circuit to check the accuracy of the complaint. Note the symptoms of the inoperative circuit.
2.Analyze the problem: Refer to the schematic of the problem circuit in the ETM. Determine how the circuit is supposed to wok by tracing the current path(s) from the power feed through the circuit components to ground. Then based on the symptoms you noted in step 1 and your understanding of circuit operation, identify one or more possible causes of the problem.
3.Isolate the problem: Make circuit tests to prove or disprove the preliminary diagnosis made in step 2.Keep in mind that a logical simple procedure is the key to efficient troubleshooting. test for the most likely cause of failure first. try to make tests at points which are easily accessible.
4.Repair the problem: Once the specific problem is identified. make the repair using the proper tools and safe procedures
5.Operate the circuit to check for satisfactory circuit operation. good repair practise calls for rechecking all circuits you have worked on.

Troubleshooting tools:
Isolating the problem (step 3 of troubleshooting procedures) requires the use of a voltmeter and/or ohmmeter.A voltmeter measures voltage as selected points in a circuit.An ohm-meter measures a circuit's resistance to current flow.
It has an internal battery that provides current to the circuit under test. Disconnect the car battery when using the ohmmeter to give false readings.
also do not use an ohmmeter on solid-state components. the voltage taht the ohmmeter applies to the circuit could gamage these components.
Troubleshooting tests:
Voltage test
This test measures voltage in a circuit. By taking measurements at several points (terminals or connectors) along the circuit, you can isolate the problem.
To take a voltage measuremnet, connect the negative lead of the voltmeter to the battry's negative terminal or the positivelead of the voltmeter to the point you want to test. the voltmeter will measure the voltage present at that point in the circuit.

Voltage drop test for 1991 BMW 325i Convertible:
Wires, connectors and switches are designed to conduct current with a minimum loss of voltage.A voltage drop of more than one volt indicates a problem. to test for voltage drop, connect the voltmeter leads to connectors at either ead of the circuit's suspected problem area.The positive lead should be connected to the connector closest to the power source.The voltmeter will show the voltage drop between these two points.

Continuity test:
To perform a continiuity test, first disconnect the car battery. Then adjust the ohmmeter to read zero while holding the leads together.Connect the ohmmeter leads to connector or terminals at either end of the circuit's suspected problem area. The ohmmeter will show the resistance across that part of the circuit. 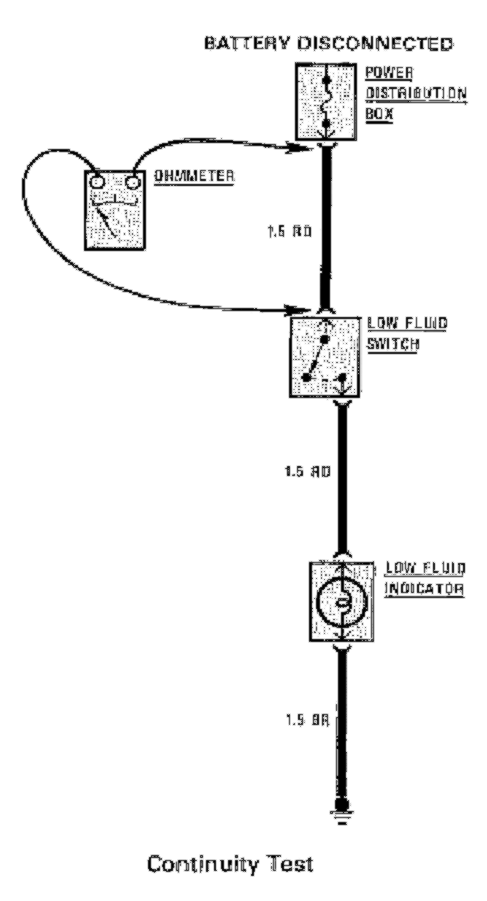 Short test using Voltmeter:
Remove the blown fuse and disconnect the load. connect the voltmeter leads to the fuse terminals. the positive lead should be connected to the terminal closest to the power source.
Starting near the power distribution box. move the wire harness back and forth and watch the voltmeter reading. if the voltmeter registers a reading, there is a short to ground in the wiring, Somewhere in the area of the harness being moved, the wire insulation is worn away and the circuit is grounding 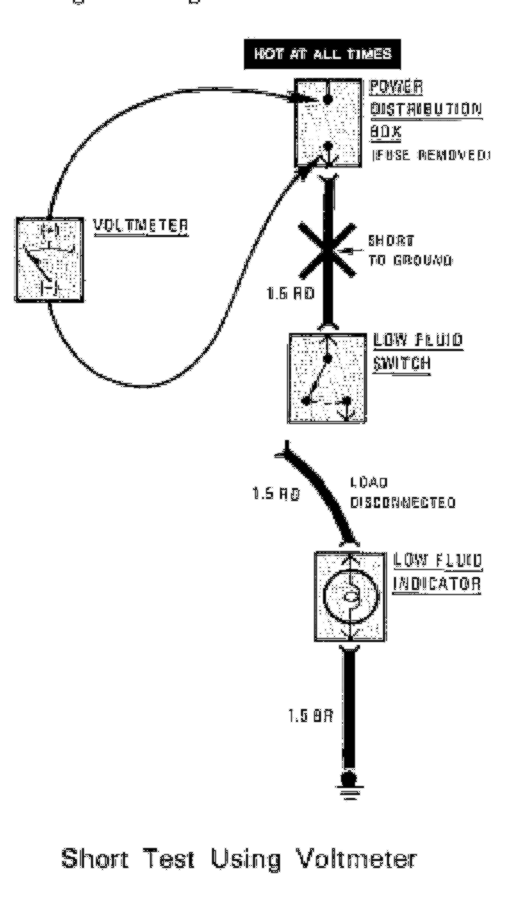 Short test using Ohmmeter:
Disconnect the battery.Adjust the ohmmeter to read zero while holding the leads together. Remove the blown fuse and disconnect the load. Connect one lead to a known good ground.
Starting near the power distribution box. move the wire harness back and forth and watch the ohmmeter reading. low or no resistance indicates a short to ground in the wiring. Infinitely high resistance indicates no short. 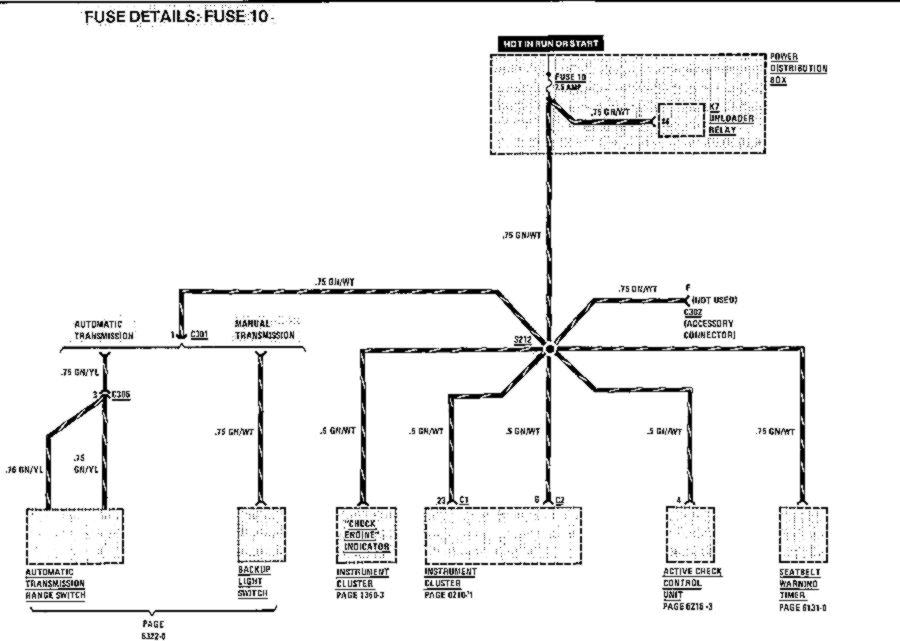 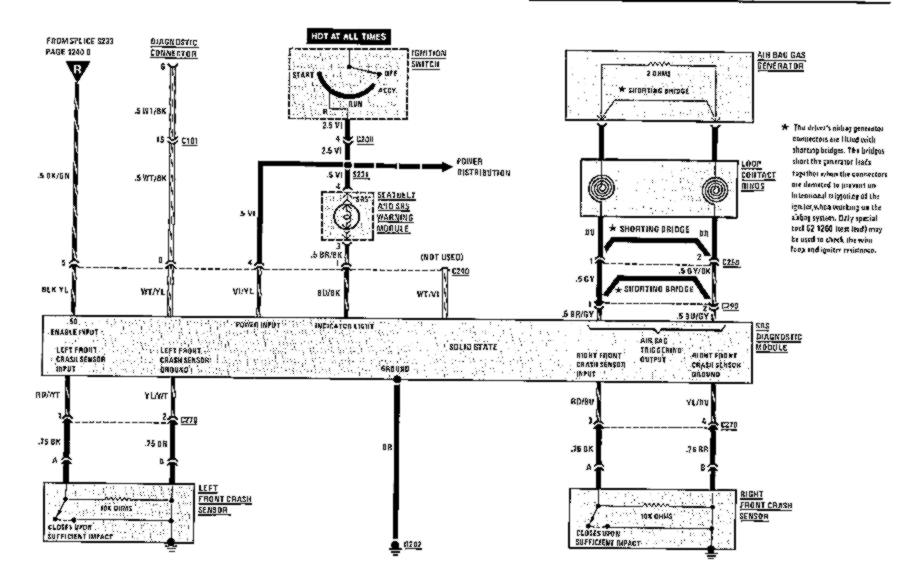 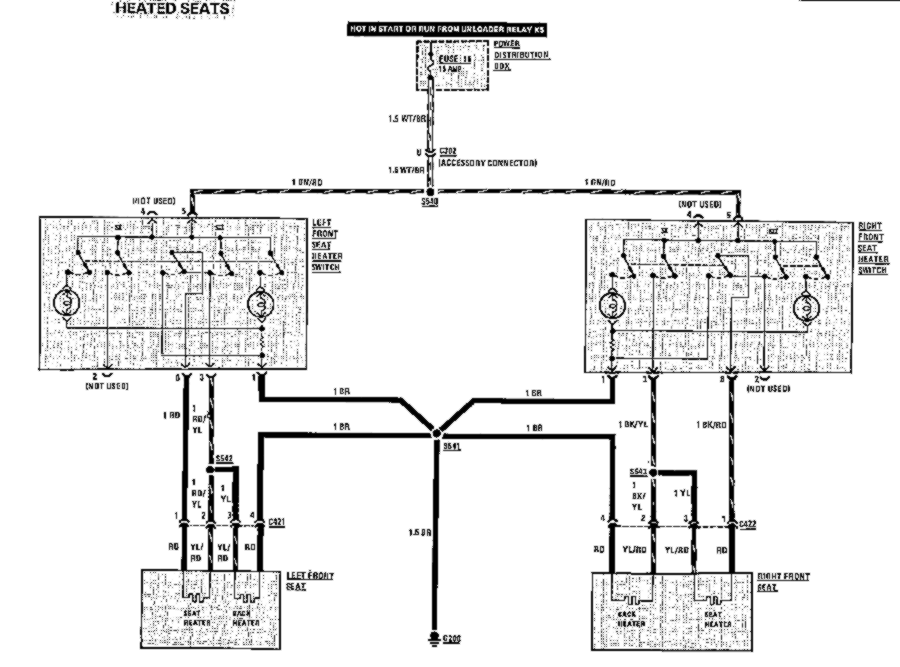 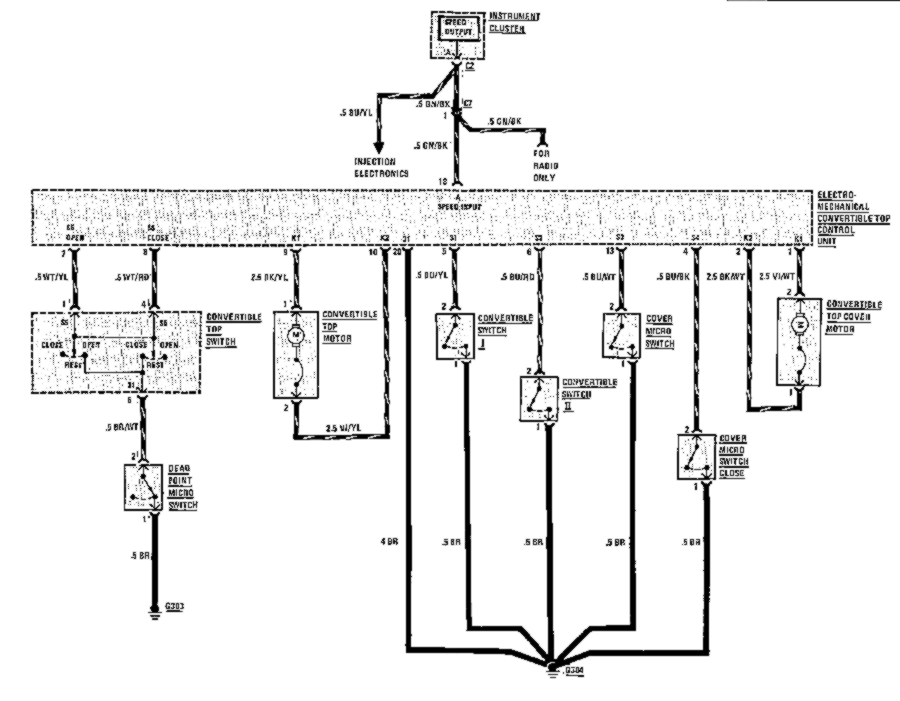 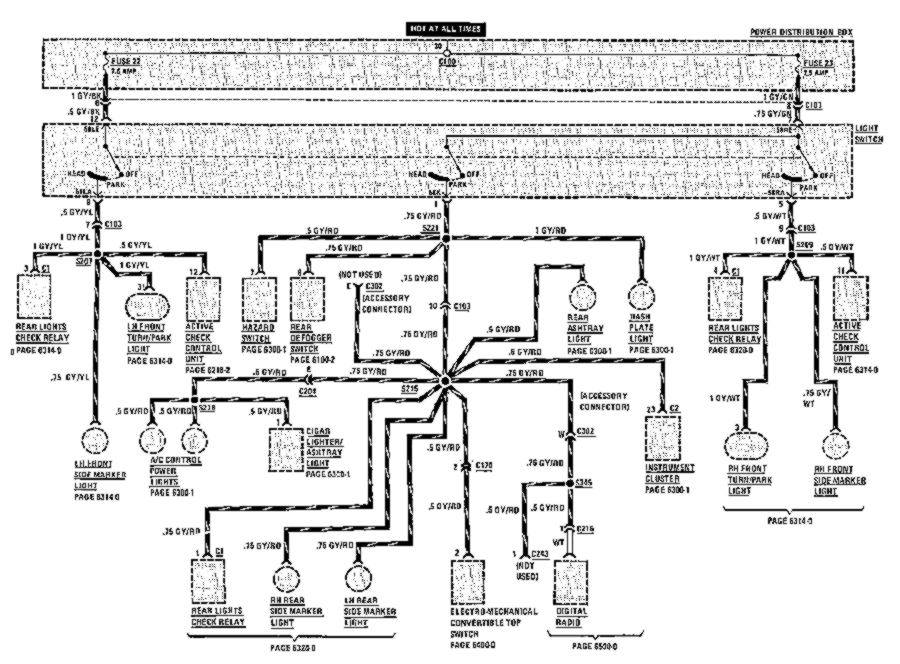 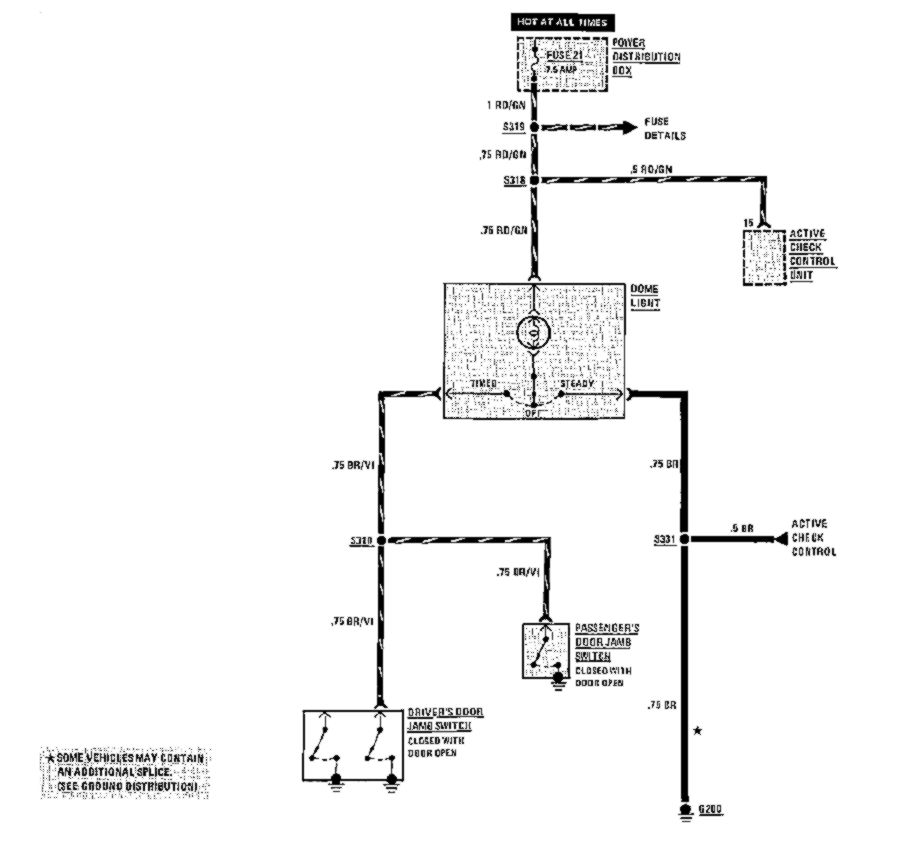 A big question is why 1980-1983 BMW 320i using Lambda to control emission? Lets search an answer? What is a Lambda sensor? A Lambda or Oxygen sensor is to measures the amount of oxygen in the exhau...

The following wiring system is the wiring diagram of the 1970-1972 BMW R50/5-R75/5. Be sure to have read this wiring diagram shown here first before attempting any work on your motorcycle’s wiring s...

Before talk about wiring i want to recognize BMW 320i. The 3-Series is one of BMW's most iconic models, and certainly the brand's bread and butter since its introduction in 1977. The original E21 chas...